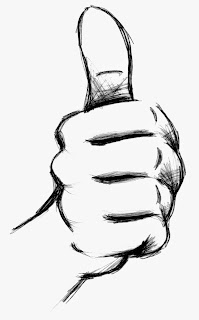 I work very hard to make sure seller’s understand two things:  That I am there to help them and that my offer is not a negotiation, but a formula.  I do this by first selling myself.  I wrote about my techniques for doing that in a previous blog:  Stop Buying Houses!

I then follow that with a very meticulously-crafted presentation of my offer.  I broke that down in a blog that explained why investor offers are not low-ball.  It was ironically titled:  Investor Offers are Low-Ball.

Sometimes, its time to sell myself a little more.

After I present the offer, the seller will usually respond in one of two ways.  First, they sometimes accept it.  This is the easiest route for them as I will always close on my initial offer… one way or another.  But if they insist on getting more for the property than the formula really allows, they will generally counter.

Obviously, if they counter at full retail, it’s time to discuss more with them the option of listing the property.  That’s the only way they will get retail.  They may not have the time or the ability to list retail, but educating the seller about the positives and negatives of each option is our job.

Other times, though, they will counter at a price that we would consider to be “in the ballpark”.  It may not be strictly formula, but still a significant discount.  I have one strategy at this point.

I become the Yes Man.

OK, so maybe not quite so succinct.  But at that point, my goal is now to get that contract for $130,000.00.  So, as you can probably guess, I have a little speech I give the seller.  It goes something like this:

“I may still be able to close it at $130,000.00.  Obviously, the $40,000.00 in updating (note:  I didn’t say ‘repairs’) was kind of a ball-park figure itself.  One of the things I will do is see if I can’t beat up the contractors a bit to get that number down.  I will also re-look at all the comps and see if there aren’t some touches I can add to your house that will get me a bit more.  We will try to make those numbers work.

“In the meantime, I’m going to talk to every other investor in town.  I’m going to bring out potential partners to help diversify risk, potential private and hard-money lenders to help me leverage or potential investors who may want this property for a longer-term hold where the numbers will pan out over a longer time period.

I like two things about that speech.  First, I set things up to make it easy for me to gain access to the property to show it to all of those people.  Nothing in that speech was an exaggeration or a lie.  I really am going to do all of those things.  I want to go to work for that seller.  Better me than someone else!

But now, instead of trying to wholesale a property by lying to a sellers and telling them the investor I’m bringing over is just my contractor (and making the investor pretend to be the same), the seller expects that I bring several people over… contractors, investors and lenders.

The second aspect of that speech I like is it sets it up for a renegotiation later.  I don’t renegotiate out of greed… just to increase my spread.  But if I need to renegotiate to create a spread, I will.  Because that is what is right for the homeowner.  To let them know, at the end of the day, whether or not $130,000.00 is an obtainable number.  And if not, then what is an obtainable number.  Perhaps I can find an investor who will pay $130,000.00.  I put a lot of work in and deserve a payday for my efforts.  I don’t think its unreasonable at that time to go back to the seller and say, “I can’t get $130,000.00… you saw how many people I brought out and hard I worked for you… but if you can accept $120,000.00, we can close this next week.”

More often than not, they agree.  They agree because I treated them fairly and honestly and because I really did go to work for them.  I really did try everything I could to get them the number they wanted.  And at the end of the day, they got the best number they could.

Want to Get Rich Quick?

Help us Bring Creative Real Estate Investing into the Mainstream!

Turn Your Sellers into Liars

The Millennials Are Coming!

What I Learned On Our Project Tours!