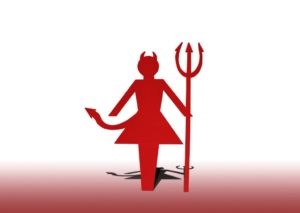 As the broker of over 150 agents, it is I who gets to hear about it when things go sideways on a transaction. I recently had an interesting one… a buyer wanted to terminate a contract based on the third party financing addendum. The first thing I do when there is a conflict is review the contract. In this particular contract, the portion that indicated how many days the buyer had to give notice of non-approval was left blank. Easy! I thought! Their agent made an error by not filling in that blank so now they have no days to give notice and the seller is entitled to the earnest money. Right?

The buyer’s agent saw it in a very different light. Her argument was that since it was blank the buyer had INFINITY days to give notice of non-approval. Hmmmm. Unfortunately, in this case, there is no right or wrong answer. The buyer and the seller now have to agree to the terms of the earnest money release or no one gets it.  Both of the agents let their clients down. That contract should have never been executed without all the blanks filled in.

I know it’s easy to get in a rush to get a contract executed or you get the impression that a transaction is going to go perfectly smoothly so you don’t get hung up in the details. But, as I’ll tell you time and again, the Devil is in the Details. And it’s not only on contracts.

Last month one agent had a transaction fall apart because the buyer discovered right before closing that the square footage of the home he was planning on buying was actually almost 200 square feet smaller than advertised on the MLS.  After some research, it was found that there were several different square footages reported for this property: the builder floor plan said one thing, the tax record said another and yet a previous MLS listing reported yet another. Furthermore, the listing agent had represented the seller’s in their purchase 3 short years earlier so surely there was an appraisal floating around with the correct square footage reported. Yet, the listing agent cut corners and instead of researching to verify the square footage she COPIED an older listing from another agent that had the square footage incorrect. Needless to say, the deal died and all the parties of the contract are unhappy and likely headed to mediation.

You should never rely on the data provided by a previous listing agent. If there is a question about an item take your time to do the research. I’m sure it was a very uncomfortable situation for the listing agent to explain to her seller’s why the contract busted and could have been avoided if she had done more due diligence.

This scenario above is a good example of how the buyer’s agent took the time to discover the facts for his client and avoided an even bigger problem if they had closed on the house. We had that happen too…

We represented a buyer who purchased a residential lot to build his dream home upon. After closing, he discovered that the city would not issue building permits because the property was in a flood zone. The listing agent clearly advertised the property as a residential lot and with few restrictions. The seller did not disclose the flood zone even though it was later discovered that they knew about it. Clearly, the seller was deceptive and litigation is likely in this case. It is a good example to show that you should take the time to verify the facts of your listing every time!

While I know that even the most diligent agent can miss something occasionally, which is why we carry Errors & Omissions Insurance, being thoughtful with details and taking care to make sure your contracts are completely filled in can go a long way to avoid a major headache and potential lawsuit, later. Let these scenarios be a lesson to always be vigilant because the Devil really is in the Details.

14 Reasons to Get Your License

Technical Talk: Accepting Back Up Offers

Investing Strategy for the Long-Term

Be the Real Estate Turducken

Cash-Flow is Not Always King