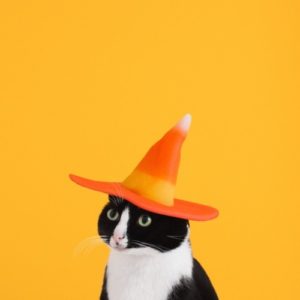 There are a lot of moving parts in the buying and selling process and one of them that can cause major complications is the actual MOVING! Every seasoned agent heard of a transaction in which the buyer and his entire family is living out of suitcases in a cheap hotel room for weeks on end while paying hefty fees for their belongings to sit in a moving van waiting on any number of things that delayed closing.

Temporary Leases are a useful tool in helping to mitigate these situations but are not without their risks. Texas Association of Realtors (TAR) provides two promulgated forms that can be used to accomplish temporary leases in a sales transaction.

The Seller’s Temporary Residential Lease allows for the seller, after closing, to remain in the home for a pre-determined length of time. This is a very common requirement for sellers, particularly when they are using the proceeds from the sale to buy a replacement home. Generally, I don’t see many problems with these leases but I do have one scary story for you to use to help your buyer’s make good choices when considering a seller’s request for a temporary lease.

Our buyer, Carmela Corn, didn’t mind agreeing to a lease back to the seller of her new home, Blake Cat. After all, she didn’t have a strict time line to move and she understood that Blake needed the money from the sale to buy her new house. In fact, everything had gone so well with the transaction so far that despite her agent’s advice to the contrary, she didn’t require daily rent or a security deposit from the seller for the short term of the agreement. She did, however, specify an amount for any hold over days beyond the agreed term.

Carmela did a walk through prior to closing and found the property to be in good condition. A week later when she was delivered the keys to her new home she was excited until she found all the skeletons, I mean, clothes in the closet. While Blake had moved out most of her belongings she was taking her time with the rest. What’s more it appeared that Blake hired the notoriously clumsy Frankenstein Movers who damaged a banister and added a few holes to the walls during the process.

At that point, Carmela realized that she made a mistake not requiring a security deposit because she had little recourse or leverage at this point. Ultimately, with the involvement of Carmela’s agent, Blake’s agent and both brokers, the buyer removed all her belongings and delivered a check to Carmela for all the extra days it took her to move out and the damages she caused.

A buyer considering a seller’s request for a temporary lease should always request a security deposit substantial enough to cover hold over days and potential damages (Section 5 of TAR 1910). They should also be careful to include an increased rent amount for any hold overs (Section 19 of TAR 1910). The amount should be painful enough to the seller to encourage their adherence to the original lease term.  While these steps won’t guarantee they will have a stress free temporary lease it will give them the leverage they need if things don’t go as planned.

Less common, and rightfully so, is the use of the Buyer’s Temporary Residential Lease. This TAR form allows for the buyer to move into the home prior to the closing. It can be a common request from buyers who may be moving from out of state and displaced until they close on the home or they need the proceeds of the sale of their home to make the purchase. Everyone must go somewhere! However, despite the pain of the buyer, I advise my sellers to avoid agreeing to a Buyer Temporary Lease. One main reason, particularly if your seller is an investor, is their insurance policy may not provide coverage as a rental or occupied property. This could spell some serious liability should anything happen to the property or the occupants during the lease term.  But, if that doesn’t convince you, I’ve got another true-life horror story for you!

Jack O’Lantern got a new job out of state so he put his house on the market.  He was thrilled when he got a full price offer from well qualified buyers. He and his wife, feeling confident in the sale of the house, moved their family to their new home. When his buyer, Count Dracula, asked if he would consider allowing him to move into the house under a temporary lease prior to closing, Jack agreed. After all, he could certainly relate to Count’s situation of moving his family and being between homes.

After all inspections and appraisals were completed the parties agreed to a Buyer’s Temporary Residential Lease in which Count Dracula delivered to Jack prepaid rent for the expected term and security deposit. A week after Count and his family moved in and a few days prior to the closing date Jack’s agent got a call from Count’s agent. There was a leak in the upstairs bathroom that has also caused damage to the sheetrock in the living room below. The buyers expected the sellers to fix the leak and repair the damage prior to closing. OR THEY WOULDN’T CLOSE. Nothing will make an agent’s run blood run cold like those words!

Jack’s agent reviewed the temporary lease and felt calmed when she reviewed section 14 of TAR Form 1911:

REPAIRS AND MAINTENANCE: Except as otherwise provided in this Lease, Tenant shall bear all expense of repairing, replacing and maintaining the Property, including but not limited to the yard, trees, shrubs, and all equipment and appliances, unless otherwise required by the Texas Property Code. Tenant shall promptly repair at Tenant’s expense any damage to the Property caused directly or indirectly by any act or omission of the Tenant or any person other than the Landlord, Landlord’s agents or invitees.

Each agent argued for their client. Jack’s agent insisted that Section 14 indicated that the buyer was responsible for the damages. After all, there were no damages found on the inspection PRIOR to him moving in.  Count’s agent argued that the item needed repair prior to but only came to light because of the use of the plumbing after a period of non-use. Count and Jack played chicken… neither was willing to budge.

Unfortunately, like many conflicts in real estate, if the parties cannot agree the cost and effort involved in coming to a conclusion can be extensive. Ultimately, the buyer and seller in this situation came to an agreement in which both parties took some responsibly for the repairs and the transaction closed without any delays.

While in this case the conclusion was fairly favorable for all involved, it could have been a much more stressful and expensive situation if it had been a bigger repair item or if the parties could not come to agreement.

If that one didn’t convince you to be a little scared of Buyer Temporary Leases I’ve got a real short story that might do the trick… A fellow investor, Freddy Kruger, allowed a buyer to move in early under a Buyer Temporary Lease. After living in the home for a short time she changed her mind. Just decided she didn’t really like it that much. She moved out. Didn’t close. Yes, he was made somewhat whole with her earnest money & security deposit but it was still a painful experience when he had to start all over (after another make ready cleaning!).

The Temporary Residential Leases for Buyer’s and Seller’s are good tools and can help make the transaction easier for those involved. But, like all contracts in real estate, they should be used with care and with an understanding of the potential risks.

Help us Bring Creative Real Estate Investing into the Mainstream!

The Devil is in the Details

Be a Black Sheep!

The Story of the Black Sheep

What Makes an Investment “Creative”?